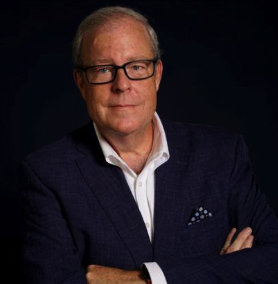 Welcoming Richard Calk as our advisor

ImagoAI has seen incredible growth meeting meaningful milestones such as our partnerships with multiple laboratories and one of the world's largest food manufacturers , launching the world’s fastest mycotoxin test and targeted increase of our professional headcount. Hot on the heels of meeting these key milestones, we could not be more excited to announce that Mr. Richard (Rick) Calk has joined our team in the capacity of Executive Advisor.

During his tenure at DSM, Rick broadened the global markets in diagnostic testing, focusing on the Dairy and Animal Protein markets.  With full P&L responsibility, Rick led 11 country offices, and 70 distribution partners, bringing global leadership positions in these markets.  Rick opened offices in Asia and Latin America while reorganizing other regional offices, distribution, and sales to bring about a results-focused team, driving significant growth and bringing over 20 new products to market.

Later, Rick joined Neogen, where Rick focused on accelerating the growth and optimizing operational excellence of this 35-year-old entrepreneurial biotechnology business. He oversaw full P&L for the organization, with global enterprise operations and over 1,400 employees. He set strategic direction throughout the value chain with a metrics-driven cadence and directed technological integration over this global operation. Rick successfully managed this publicly traded business organically and through acquisition, reorganizing the commercial teams, streamlining operations and developing integrated cross-divisional teams to extrapolate the full potential of product lines inside of key market verticals from farm to end customer.  In addition, Rick brought visionary leadership to business development and research teams. During his tenure he opened new markets and directed the commercialization of over 37 new products.

Richard's incredible expertise in the food testing industry will be an asset to the team as we shoot for the next milestones in our journey to make the world’s fastest food test accessible worldwide. His support and guidance along with our existing advisor Goran Kukic are evidence of the magnitude of our mission and the weight of the problem(s) we are solving daily. Where will AI and Hyperspectral Imaging take food safety and quality?